Synchrony Bank has long powered many well known retail credit cards (Amazon, TJMaxx, Walmart, etc). As a company, they were in the initial phases of exploring whether to become a consumer facing brand, or whether to remain B2B-focused.

As part of their initial discovery, Synchrony Bank activated a consumer facing experience by distributing co-branded LED wearable “Pixls” at a series of dates on the Lady Antebellum/ Darius Rucker co-headline tour. By asking fans to activate their Pixl using the Hurdl SMS platform, Synchrony curated a statistically significant SMS database from which they were able to conduct a randomized poll from a select number of fans mathematically serving as a fair representation of the entire audience.

Synchrony Bank launched a post event survey that showed 71% of attendees identified them as a partner of the tour (traditional methods report 40% as high success rate) putting metrics to both the program and nearly doubling consumer brand awareness compared to other consumer facing activations. 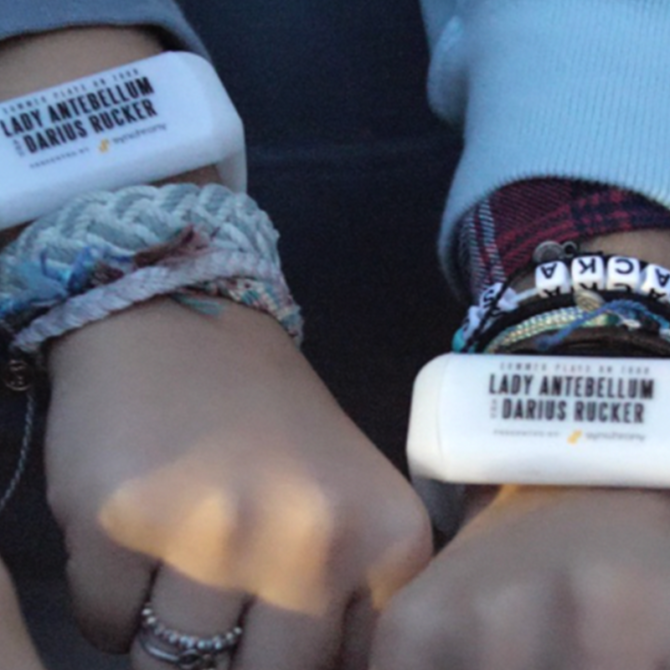